In addition to the well known places of Istanbul, which was the capital city for hosting emperors and sultans, there are also a number of places which are barely known or not known at all despite hosting significant social incidents in history.

With the society and state analysis on the basis of social spaces and places, prominent in the recent studies on social history, the importance of the urban historiography has increased. Thus, with the studies of urban historiography and social historiography, places which remained missing in the architectural texture of the city began to come to light. The Baba Cafer Dungeon, situated in Istanbul, is one of these places. Only a small part of this structure, used as a dungeon until 1834, survived to the present day. With the regulation of the kule- i zemin (fortified tower), a rapid settlement around Baba Cafer Dungeon began in 1859, and the will of the kule-i zemin (fortified tower), emerging in 1884, attempted to prevent the demolition of these settlements. During the Golden Horn shore planning, this settlement was completely demolished, and only a small part of the Tomb of Baba Cafer (Baba Cafer Türbesi), Ahi Çebeli Mosque and the Zindan Kapısı (Dungeon Gate) remained. Today, the ground floor of the remaining part of the Baba Cafer Dungeon is the Tomb of Baba Cafer. The relevant dungeon was composed of three floors. 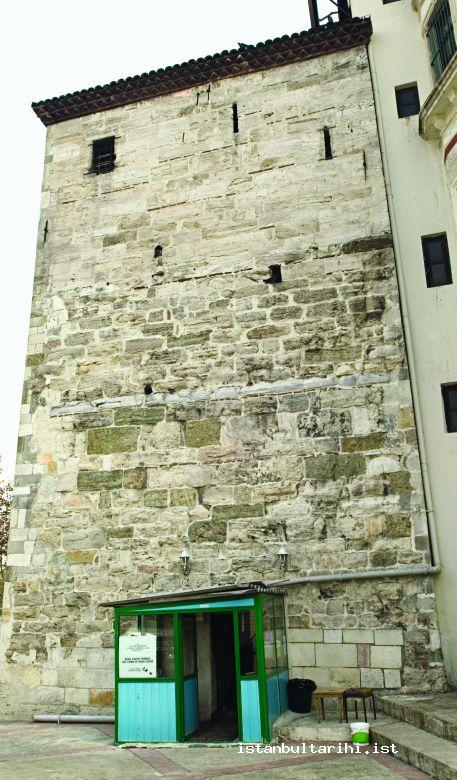 The history of Baba Cafer, visited by the Istanbulite women is as such: Cafer was one of the sâdât (sayyids, descendants of Prophet Mohammad), who came to Istanbul as a messenger along with Baba Maksud, a descendent of Veysel Karani, during the period of Harun al-Rashid. Before the arrival of Baba Cafer and Baba Maksud with six hundred people to the city, conflicts had occurred between the Christians and Muslims, and corpses of some Muslims were left in the streets. Seeing this situation, Baba Cafer insulted Nicephorus I. Upon this incidence, the emperor ordered Cafer to be locked up in the dungeon, which is today named after him. Maksud, with a calmer nature than Cafer, received permission to bury the dead and entomb them.1

In the poem of Sığırcızade Lutfullah Hayri, the reason of the imprisonment of Baba Cafer is stated differently. According to Hayri, while Baba Cafer was performing his prayer in Hagia Sophia, the priests became tongue-tied; consequently, he was put into prison. Hayri does not mention about any conflict between the Muslims and the non-Muslims. Hayri claims that Baba Cafer was killed because of the fact that the dungeon keeper converted to Islam and took the name Ali, which made the emperor frustrated.2 Evliya Çelebi also mentions about the visit of Baba Cafer and Baba Maksud to Hagia Sophia. In the parts of Seyahatname on the places to visit and particular destinations, it is stated that “Ayasofya’nın cânib-i şarkisinde Türbe Kapusu dâhilinde ki kuşede ibadet etmişler, hâlâ makam-ı Baba Cafer ve Baba Maksud makamı dirler” [They prayed in the Turbe Kapısı, situated in the southeast of the Hagia Sophia. It is still called ‘Maqam-i Baba Cafer and Baba Maksud’]. According to the narration in Seyahatname, Sheikh Abdurrauf Zindani Efendi was a member of the sadat-i kiram (descendants of Prophet Mohammad), and after his entrance into the city, he took of his turban and pointed out “Burada benim ceddim Baba Cafer yatmaktadır” [Here lies my ancestor Baba Cafer]. He put his turban on the place he pointed and worked as türbedar (the tomb keeper) for the Tomb of Baba Cafer. He converted this area into this particular tomb. All the resources written afterwards refer to the incident of Sheikh Abdurrauf Zindani; accordingly, a common text is produced on the discovery of the dungeon.

In Istanbul, where earthquakes and incidents of fire frequently occur, Baba Cafer Dungeon was also damaged by the disasters. It is expressed in the anonymous work by Tevarih-i Al-i Osman that 700 prisoners died in the fire of 1539 as the gates of the dungeon could not be opened.3 Another earthquake occurred in 1554. Though there are statements on the death of the prisoners in this fire4, Hans Dernschwam states that the gates of the dungeon were opened to save the prisoners.5 In addition to them, another traveler, S. Schweigger, mentions of another fire without defining its date, “Bir seferinde, limanın kıyısında, surların yakınlarında ki bir zindanda yangın çıktı. Kulenin üstündeki suçlular bütün güçleriyle abanıp kapıyı açmayı başarınca kurtuldular. Yaklaşık yetmiş kadar tutuklu ise alevlerin arasında can verdi”6 [Once, a fire broke out in a dungeon near the fortifications, along the shore of the port. The prisoners, kept at the top of the tower, were able to survive when they succeeded in opening the gate by pushing it in force. Nevertheless, around 70 prisoners died in the flames.] 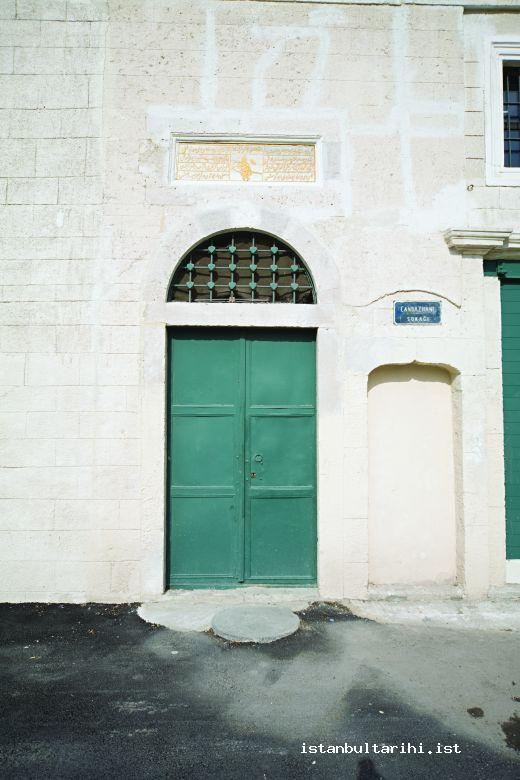 Among the prisoners of the Baba Cafer Dungeon were thieves, prostitutes and criminals of petty crimes. The women kept in this dungeon were working as prostitutes. They were put into the prison especially in the month of Ramadan to save the society from the sedition of these women. These people, who were generally labeled as “exiles,” were coming back to Istanbul by discovering other methods. This situation is also indicated in the written orders of the time. In one of these orders, it was commanded that ten prostitutes who were to be put in the Baba Cafer Dungeon would instead be exiled to Lesvos Island and would be imprisoned in case they came back to Istanbul. All of these imprisoned women bore Muslim names (Emine, Fatma, Ayşe, Gülsüm, Zeynep, Hatice from Edirne, Sarık Hatem)7. The state cautiously approached the men who wanted to marry these women. The state also stipulated the condition that the women who got married would leave Istanbul immediately to prevent them from prostituting again after their release from the dungeon.8 The duration of the imprisonment of the prostitutes depended on their “ıslah-ı nefs (rehabilitation of the self).” Thus, there was no determined imprisonment time. It was the imam of the mahalle (district) who would decide whether the prostitute was rehabilitated or not. However, there was another problem with this situation. In the decree dated in 1180 (1766-1767), the subaşı (state official responsible for the security of the city) and asesbaşı (the janissary member responsible for the order of the capital) were warned against releasing the prostitutes in return for money out of Baba Cafer Dungeon before they truly repented.9 There is a document on the release of six thieves from Baba Cafer Dungeon and their exile from Istanbul in addition to their imprisonment on the condition they return to Istanbul again. Nevertheless, the condition of the janissaries imprisoned in this dungeon was different. Before their transfer to the dungeon, their names would be deleted from the guild of janissaries.10 The imprisonment of twenty-two janissaries to the Baba Cafer Dungeon after their causing trouble in Beşiktaş,11 and the Janissary Mustafa who was caught in his house with his non-Muslim friend and two women,12 are remarkable examples.

There were also others who were imprisoned in the Baba Cafer Dungeon. Nesimi, who claimed to be a prophet, was also put in the Baba Cafer Dungeon.13 Among the prisoners of this dungeon, seven patriarchs of the Armenian Patriarchy of Istanbul were among the most significant. These seven patriarchs were kept here between the years 1660-1688. This information was first provided by Eremya Çelebi Kömürciyan, who was the chief provincial treasurer of the Armenian Patriarch of Istanbul. The first of them, Gazaros of Sivas, was put into the dungeon because of his debts after he fell from power; he was subsequently saved from imprisonment by his friends. The second one was Sargis of Thrace. Sargis became patriarch two times and was imprisoned two times. The third was Stefenos of Meğri. The reason for the imprisonment of this patriarch might be the debts of his predecessors. The fourth was Hovannes of Amasya, nicknamed Topal (Lame). Followed by Amasya was Andreas of Istanbul; his nickname was Cehennem Merdiveni (Ladder of Hell). The sixth imprisoned patriarch was Karabet of Kayseri and he became patriarch five times. The last one was Toros of Istanbul; his nickname was Deli (Mad). 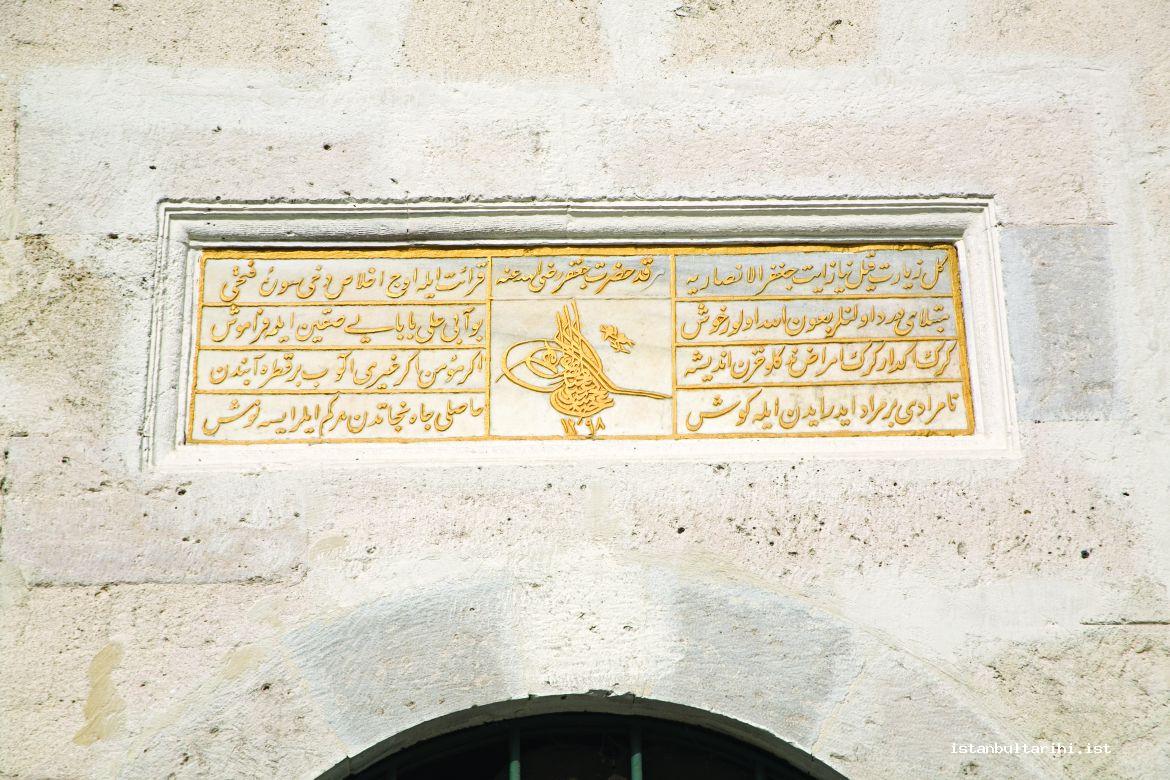 In summary, Baba Cafer Dungeon was a place where the criminals were kept during the Classical Period of the Ottoman Empire. The artist Melchior Lorichs of Flensburg, who came to Istanbul during the period of Kanuni with a mission, made a panoramic picture of the city, and defined the Baba Cafer Dungeon as the “prison tower of the sultan.” In 1834, the dungeon was closed with the transition to prison. During the reign of Mahmut II, the prisoners in this dungeon were transferred to the prison in Sultanahmet Square.