Article Title: "A PRAYER FOR RAIN AGAINST DROUGHT"

A PRAYER FOR RAIN AGAINST DROUGHT

At times extreme weather, or more precisely extreme heat, damaged vegetation and caused drought, which resulted in a dramatic decline of natural and plant resources, famine and scarcity. Such periods were mostly followed by epidemics and death. Famine and scarcity affected financial and political life. However, drought was not as extensive and disruptive in Istanbul as it was in Anatolia. 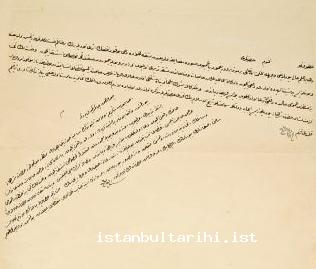 The primary trouble caused by lack of rain was the shortage of fresh water. As a result of the lack of rain in the winter and spring of 1765-1766, there was a water shortage during the following summer. As a solution, the government decided that the water from the hamams (Turkish baths), fountains and selsebils (a fountain with a tap) in the mansions and villas of top-level administrators and wealthy people would be transferred to çeşmes (drinking fountains) and hamams throughout the city, as those administrators and wealthy people moved to their waterside residences in Eyüp and Bosphorus to spend the summer. The government also decided that the water from the çeşmes on the streets would never be cut off to the people so as not to lack drinking water. Furthermore, visitors from the country would not be allowed into Istanbul.1 In a similar case of drought in 1870, water to the hamams, excluding those of Eyüp, Balat, Beyazıt and Ayasoyfa, was cut off temporarily on the order of Sultan Abdülaziz.2

One of the primary measures the government took against drought was praying for rain. The origin of the ritual goes back a long way. People organized religious ceremonies and prayed to God for rain in Ancient Greece and Rome and also former tribes of Asia Minor, Indians, Japanese, Chinese and many other primitive societies. This act of worship was performed by praying to the gods who controlled the weather such as rain, or to the gods of fertility and abundance.3 In Islam, the prayer for rain, which was initiated by the Prophet Mohammed and practiced by Muslims as a sunnah, was carried out collectively. Most of the time, people would go to the plain of Okmeydanı to pray and shed tears. Fasting to discipline the self was sometimes practiced within this context. Only Muslims took part in the ceremony. Preventing non-Muslims attending the ceremony was based on the belief that their prayers would not be answered. Moreover, Muslims worried that their presence would cause even more trouble because they were on the wrong path.4 In his diary dated April 28, 1575, Gerlach notes that the Turks would organize a ceremonial march, which was even attended by the highest ranking pasha, and they would visit various mosques and say prayers, which, as he learnt later on, were prayers for rain to combat its persistent scarcity. Stating that the prayer for rain was repeated on May 8, the author notes that the Turks had helped them during the economic crisis in Austria – his home country – three years before, and now they were helping the Ottomans.5 According to d’Ohsson, who states that the Ottoman practice of praying for rain started under the reign of Murad III, the reason why this practice was taken up was due to the fact that unprecedented internal conflicts occurred and a great plague broke out in Istanbul under the reign of Murad III. Lack of water exacerbated this situation, and on September 11, 1582, the people of Istanbul were invited to the plain of Okmeydanı in the hope that all the disasters would come to an end. Viziers, ulemas, sheikhs and military officials of all ranks attended the ceremony. The sultan had animals sacrificed to be given to the poor, and he declared an amnesty for prisoners.6 In the early Ramadan of 1596, high state officials and the people came together at the plain of Okmeydanı to pray for rain, which it was hoped, would relieve the drought prevailing in Istanbul, and end the defeat of the Ottoman army in Hungary. The prayer for rain was repeated in the Fatih mosque in late Ramadan, which shows that it did not rain as expected. Sheikh Hızır Effendi preached a sermon on honesty, raising concerns about the spread of bribery. In fact Selanikî, the historian, stated that not a drop of rain fell after all the tears shed because people had gone astray.7

The ceremony of praying for rain continued in the following centuries.8 Another problem caused by extreme heat in addition to drought was the fact that it allowed for the fast reproduction and spread of microbes causing illnesses. This situation was observed during Ramadan of 1848. The government thought that praying for rain was the only solution, and asked the Sheikh al-Islam to organize a prayer.9 The fact that the practice was repeated in later periods shows that such prayers proved useful.

For instance, during the drought of the summer of 1863, the state decided that a prayer for rain should be organized by Sheikh Necati Efendi because the practice had been tried before and proved beneficial.10 As a matter of fact, while recording the events of 1281 (1864-1865), Lütfi the Chronicler (waq’anuwis) states that plenty of rain fell and filled the dams in Istanbul, and even in September, when there is a natural reduction in water, there was still more water left than had been seen in the last thirty years.11

When traditional means and methods failed to satisfy the city’s need for water, modern methods were attemped during the Tanzimat – The Era of Modern Reform. As they wanted to bring European methods to Istanbul, an engineer called Degousee was brought from France to drill artesian wells. Though Degousee prepared a number of projects to solve the problem, the projects were not realized due to the Crimean War and the resulting financial problems. The work was unable to go beyond rebuilding the dams and the replacement of worn-out pipes.12 Similar projects were proposed in later periods; however, they failed to be carried out for similar reasons. In addition to traditional methods, new systems were developed, however, they failed to work. During the reign of Abdulhamid II, the responsiblity for the city’s water conveyance was handed over to a French company. However, the company was unsuccessful, even in watering the streets and extinguishing fires. The issue of water was still on the agenda in the Republican Era, because internal and external affairs, which came to an impasse, together with urban issues caused by the financial crisis and the continuous increase in population, prevented the problem being solved. No serious crises arose; and while people experienced hardship due to temporary lack of water and high bills, they were also not without water.

8 For more information about the prayer of rain in 1820 during the reign of Mahmud II, and the 15,000 kurus paid to the students who attended the ceremony from schools in Istanbul, Üsküdar, Galata and Eyüp, please see BOA, C.İKTS, no. 1906.

SOCIAL LIFE DURING THE PERIODS OF RED AND WHITE DISASTERS


ISTANBUL FIREFIGHTING FROM THE BYZANTINE PERIOD UNTIL TODAY