The administrative building of the first sports facility in Istanbul, namely Okmeydanı, is also known as Tekke-i Tîrendâzân (the Archers Lodge) as well as Kemankeşler Tekkesi (the Archers Lodge). It was established by one of Bayezid II’s viziers, İskender Pasha (d. 1515). Constructed as a two-storey building in the middle of a broad courtyard right beside the mosque located on Fatih Vakfı (Fatih Foundation) property. The lodge was extended by Silahtar Mustafa Pasha during the reign of Murad IV, and he donated a quantity of goods as did the locals who also donated goods and money. A masonry minaret was annexed to the lodge by Ebubekir Agha in 1770 during the reign of Mustafa III. Eventually, during the reign of Mahmud II in 1832, the lodge was reconstructed as a larger building.1 The archers’ cemetery, where famous archers were buried, was situated right next to the lodge. 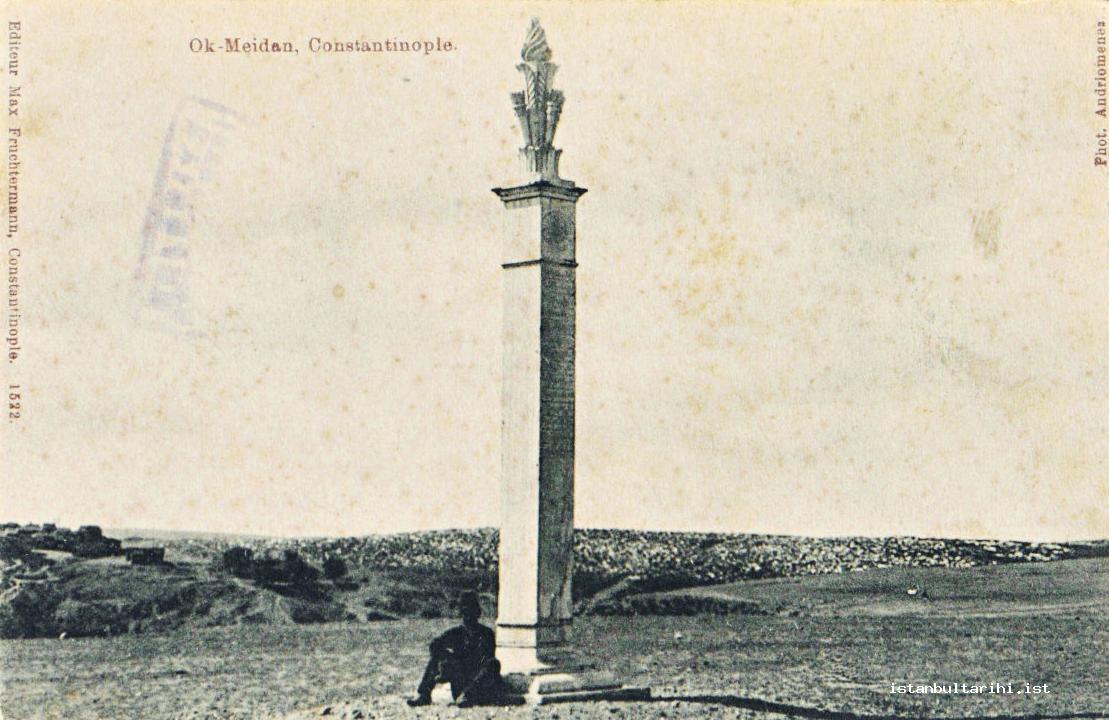 The Archers Lodge served as a sports facility which included a library, dining hall and a training room, and differed from other classical tariqat lodges in terms of its activities. Operating along the lines of contemporary federations, the lodge is regarded as the oldest sports organization in Istanbul. The chief archer named Şeyh-i Râmiyân or Reis-i Tîrendâz (both meaning Archer in Chief) resided in the archers lodge. The archers chose the most deserving person as their chief, and this person would later become the sheikh of the lodge upon the orders of the Sultan. There was also a large chamber allocated for the sheikh at the lodge as well as a spacious hall called meydan odası, where the archers gathered.2

The Archers Lodge would open on May 6 when Hıdrellez was celebrated, and the archers would practice on Mondays and Thursdays for a period of six months until November. The havacılar (open-air archers), who were subordinates of the Sheikh, and served as referees, would examine the practitioners and encourage the novices. The arrows of archers who demonstrated exceptional talent would be exhibited. Banquets would be organized on ceremonial days. The Sultan, statesmen and foreign guests would watch the shows from Hünkar Köşkü (Sultan’s Mansion) located by the lodge. 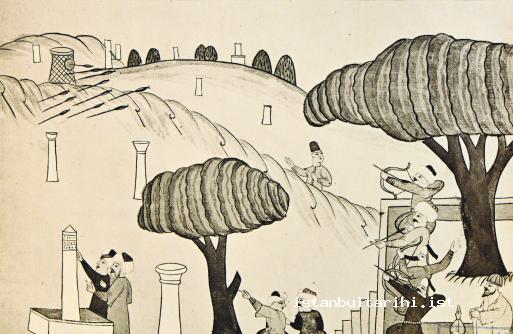 As all activities, ranging from the order of arrow-shooting in contests to seating, were organized within the confines of various rules, an archery tradition and set of rules (âdâb) were established. The expression, Ya Hak (Oh The Truth, i.e. God), would be exclaimed during contests when an arrow fell on the ground. The archers would revere their belongings, and would not shoot arrows without performing an ablution; consider their duty incomplete unless paying lip service to their masters; pay tribute to famous predecessors; particularly respect the elderly and not pass them on the street; and deem it bravery to protect the families of these people against any kind of attack.

The Archers Lodge was closed down during the reign of Abdülhamid II when shooting contests and sports festivals were to a large extent abandoned. Other buildings constructed in conjunction with the lodge remained standing until WWI, but the lodge was destroyed during the war and its ruins were sold. Some parts of the land belonging to the lodge were invaded by the land mafia and squatter settlements by the middle of XXth century, leaving the foundations of the facility and half of the lodge’s structure as well as the minaret. Thanks to action taken by local administrations in recent years, the land was reclaimed, and the lodge was put to use in 2013 following its restoration.

THE SPORTING HISTORY AND LOCATIONS OF ISTANBUL