In the early years of the Ottoman State, several zaviyes (dervish convents), such as Sancaktar Baba, Mansur Baba, Gözcü Baba and Kartal Baba, were established along the Üsküdar-Kartal line; these institutions were under the control of the Gaziyân-ı Rûm/Abdalân-ı Rûm class. These zaviyes also worked as frontier stations that monitored the activities of the Byzantium. Orhan Gazi established the Şahkulu Sultan Dergâh (lodge) as an Ahi (religious guild) zaviye, too, with the same concern, after the Ottomans and Byzantines fought the Battle of Pelekanon (Maltepe) in 1329. In some sources it is stated that Ahî Ahmed, the cousin of Orhan Gazi’s grandfather, Sheikh Edebalî, was the first Sufi master of the zaviye. After the Battle of Ankara in 1402, the territory in which the dergâh was located was abandoned to Manuel Palaiologos II and the dergâh was demolished, just like the other dervish zaviyes. According to Bektashi legends, in this period Şahkulu Sultan and the masters of nearby zaviyes (Kırk Erenler - or Forty Sufi Masters) were all executed. 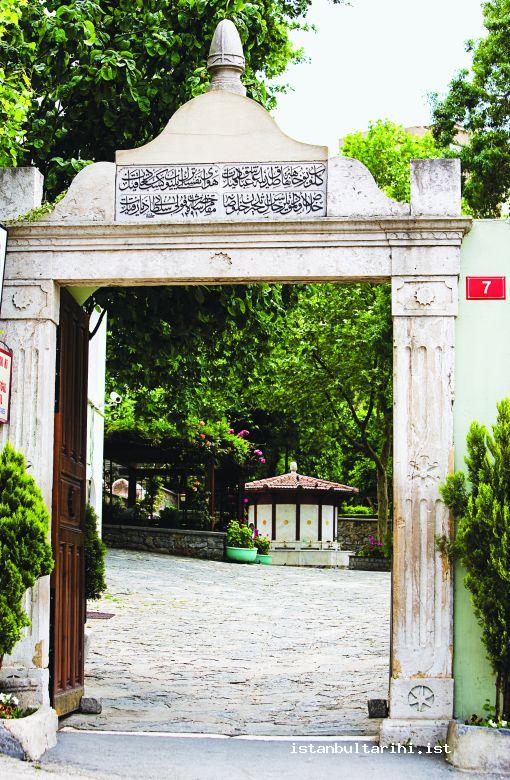 At the beginning of the sixteenth century, the dergâh was transferred from the Akhis, who had lost their former influence, to the Bektashis, who had gained power thanks to the influence of the Janissary corps. From this time on the Şahkulu Sultan Dergâh was regarded as the asitane (the main lodge) of the Bektashis in Istanbul, second in importance only after the Hacı Bektâş Pir (patron saint) House, and therefore, referred to as the âsitâne-i sâniye (the second asitane). In some sources, the Şahkulu Sultan Dergâh is mentioned as the third most important place after the Kırşehir and Dimetoka Ali dergâhs.

In the Merdivenköy Şahkulu Dergâh, located in the Merdivenköy district of Kadıköy, Istanbul, and known by various names throughout different historical periods such as Gadnî Dede, Hamdi Baba, Merdivenköy Şahkulu Baba and Mehmed Ali Baba, the manners and principles of mücerretlik (celibacy) were practiced. Because the dergâh stood along the route that connected Anatolia with the capital city, it carried out important functions in matters related to military, politics and courtly ceremonials. The dergâh provided several services, such as welcoming dedebabas (head of the dedes, symbolic deputy of Hacı Bektâş) and travelling dervishes who came from Hacı Bektaş to Istanbul, hosting them and seeing them off again. The ayin (Sufi ritual) was held on Thursdays here. 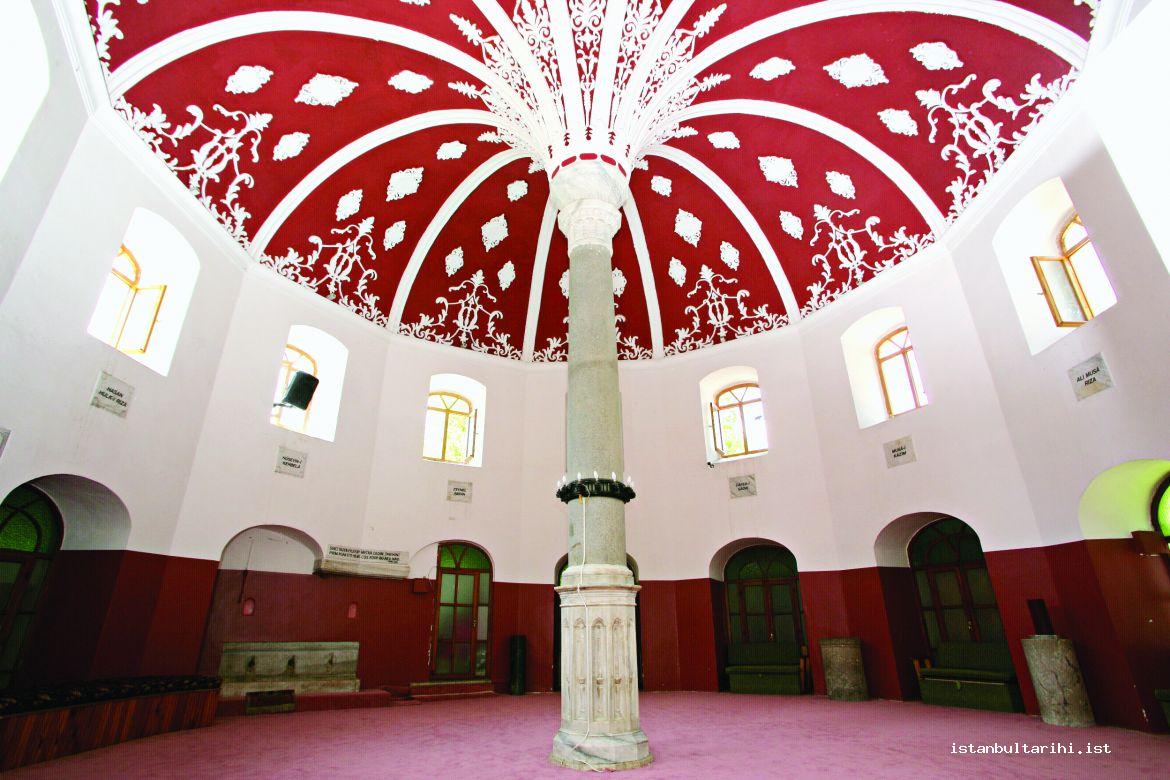 Particularly under the leadership of Mehmed Ali Hilmi Dedebaba (1863-1907), the Şahkulu Sultan Dergâh witnessed intense reconstruction and cultural activities. The most significant reason for this was that Mehmed Ali Hilmi Dedebaba, the son of a neighborhood imam, was educated, and was a hafız (had memorized the Qur’an) and poet. Mehmed Ali Hilmi Dedebaba was appointed to the position of dedebaba for the Hacı Bektaş Pir House on the orders of the Majlis al-Mashayikh (assembly of sheikhs); this post had remained vacant after Perişan Dedebaba. Afterwards, on an imperial order he returned to Merdivenköy and kept his title. The love for the Prophet can be seen in the praise poems (naat) and lyric poetry (gazel) written by Mehmed Ali Hilmi Dedebaba, who had a diwan and a few treatises. During his tenure, the dergâh attracted many Bektashis and Alawis from Anatolia and the Balkans, and was known in all regions. Between 1901 and 1904, Kaygusuz Sultan Dergâh in Cairo was associated with Hilmi Dedebaba. Thanks to Hilmi Dedebaba, Bektashi dervishes, particularly those in the Balkans, were able to get their ijazatnames (certification) in Istanbul, the capital of the Ottoman State, and no longer needed to make the long trip to Hacı Bektaş.

After the Şahkulu Sultan Dergâh was closed in 1925, its ownership passed to the Vakıflar İdaresi (directorate of waqfs), and the building was used as the home of Hasan Tahsin Baba and some of his disciples. After this generation passed away, the dergâh deteriorated, to be partially restored in 1965 by the Vakıflar İdaresi. Recently, the Şahkulu Sultan Külliyesi has been completely restored by the Onarma ve Yaşatma Derneği (association of restoration and support) and transformed into a location where Alawi-Bektashi culture is kept alive.

During the War of Independence (1919-1922), in order to send arms into Anatolia, arms were stored in sarcophaguses in the Şahkulu Sultan Dergâh, as was done in the Tire and Eryek Baba Bektashi dergâhs. 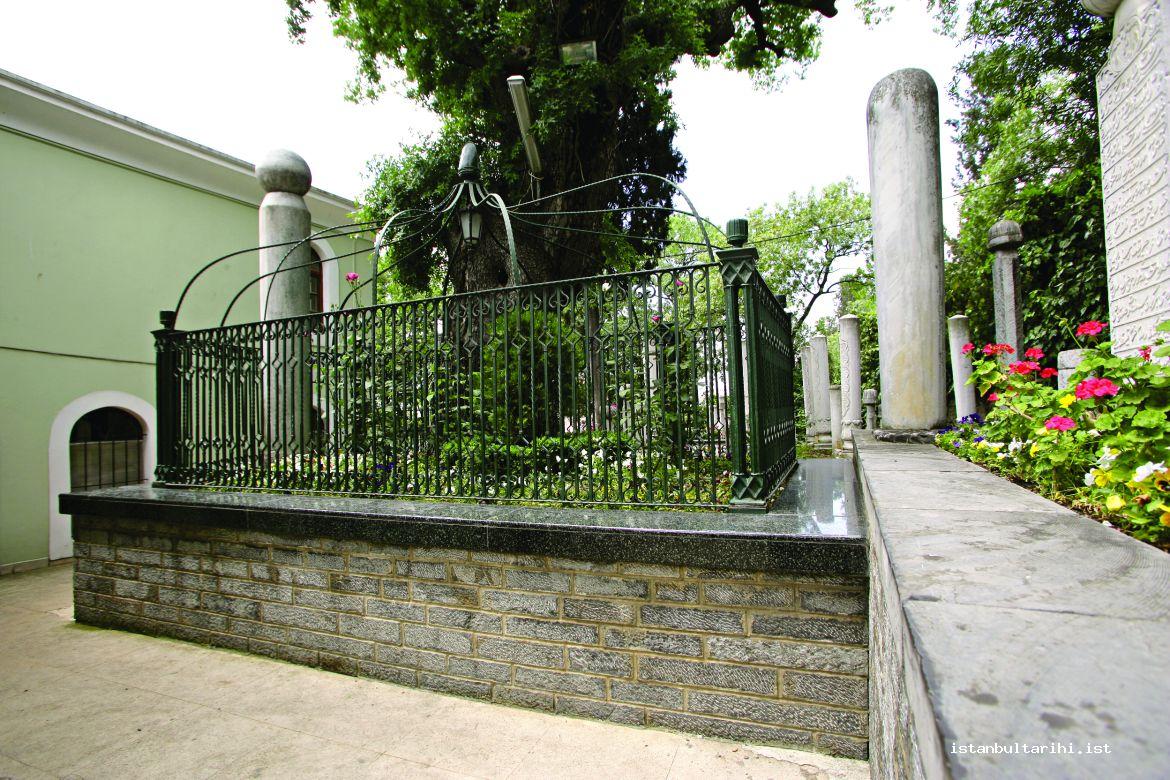 After the Tanzimat (1839), the Bektashi movement maintained its existence in various areas of social life in Istanbul. Some of the areas in which they were most prominent were mahalle tulumbacı (local firemen) organizations and âşık kahavehane (folk poetry coffee houses), which were reminiscent of the janissary culture and organization. The Bektashis, who represented a conservative reaction towards reforms before 1826 together with janissaries, adopted the opposite approach after the Tanzimat and supported reformist groups and movements that were completely outside the central government. In the post-Tanzimat period the Çamlıca Dergâh gained fame as a cultural and musical center, while Nafi Baba Dergâh in Rumelihisarı became the meeting place of Young Turks. The Bektashis gained significant power as a result of the support of the İttihat ve Terakki Fıkrası (Unity and Development Party) which benefited from the disappointment of the Bektashis and Melamis in the central government during the Second Meşrutiyet.

Over the course of time, the Bektaşis, who were active among the New Ottomans and Young Turks, were used by political groups for their own aims. After 1867, Bektashis became involved in freemasonry thanks to the efforts of the Egyptian prince, Mustafa Fazıl Pasha, and became allies with New Ottomans in this organization. Namık Kemal, who was both a Freemason and a Bektashi, is a remarkable example. The relationship between the Bektashi path and Freemasonry got stronger towards the end of the century and it became almost standard to be affiliated with both organizations. The membership of Talat Pasha and the sheikh-ul Islam Musa Kâzım Efendi in both organizations is a case in point.

In the early years of the Turkish Republic, there were certain authoritative figures who represented the Bektashiyye in Istanbul, such as the Şahkulu postnişin, Halife Hafız Tahsin Baba, the Inadiye postnişin, Halife Yusuf Fahir Ataer (d. 1967) who was also member of the Celvetiyye, the Çamlıca dergâh postnişin, Halife Ali Nutki Baba (d. 1936), Süreyya Baba from Çamlıca, and Postacı Ali Baba from Eyüp. In the second half of the century, however, the refined culture and rituals, unique to the Bektashi dergâhs of Istanbul, that was literate, deeply rooted, and far removed from worldly desires, came to an end. The order’s rites and culture were subject to a transformation because the principles of celibacy ceased to continue, new generations to continue the special rites of Bektashis could not be trained, and the years of prohibition took its toll. At the same time, along with the process of urbanization, Alawi groups who migrated from Anatolia to Istanbul in the 1960s claimed the old Bektashi dergâhs and revived these places. Architectural revival has occurred in the form of cemevis (houses of gathering). Some of the institutions established during this period continue activities as endowments while others continue as associations.


TRADITION OF MASNAWI RECITATION AND MASNAWI HOUSES IN ISTANBUL