Darüşşafaka is an independent school for orphan Muslim children, which has been active since 1873 in Istanbul.

Darüşşafaka, which has a distinct place in the history of Turkish education, was founded by the name Darüşşafakatü’l-İslamiye Mektebi as part of the Cemiyet-i Tedrisiye-i İslamiye [Society for the Education of Muslims] that was founded in March 30, 1864. The society was founded by the prominent intellectual figures of the time: Yusuf Ziya Pasha, Gazi Ahmed Muhtar Pasha, Vidinli Tevfik Pasha, Ali Naki Efendi and Sakızlı Esad Pasha. As the first example of a civil organization in the field of education, the objective of the society is to contribute to the education of orphan children.

For the realization of its foundation objective, Cemiyet-i Tedrisiye-i İslamiye began its life in 1865 as Valide Mektebi [Valide School] in the Simkeşhane building in Beyazıt with the purpose of educating the apprentices working in the vicinity of Kapalıçarşı, Istanbul. Having met with heavy demand, Ebubekir Pasha Mektebi was restored and allocated for education. In these three-year schooling, basic religious education was given and reading and writing was taught. Having remained open since 1874 with a yearly quota of 500 students, these schools were received with intense interest from both public and intellectuals.

The society published its own books for the curriculum of these schools it had opened and covered all the expense of the students. Furthermore, it published a scholarly periodical of its own. 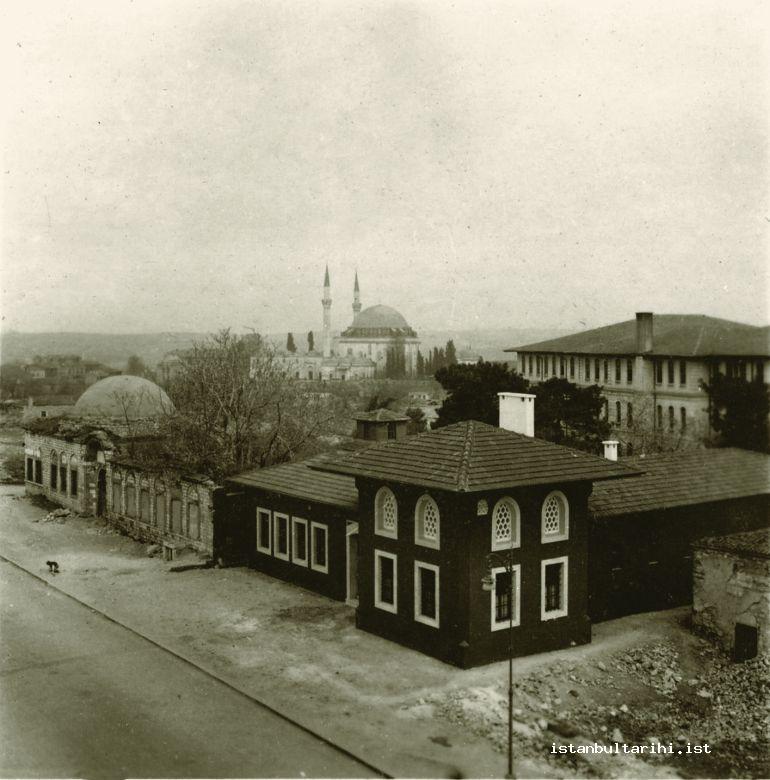 The Foundation of Darüşşafaka

When remarkably positive results were obtained from these public schools that it opened, Cemiyet-i Tedrisiye-i İslamiye set off on new quests. Upon the proposal of Sakızlı Esad Pasha, the Paris ambassador and the provost of Mektebi Osmanî, the society decided to open public boarding schools where talented orphan students could receive education. These schools, which were modelled on their counterparts in France, were intended to be the most qualified schools of the time.

For the construction of the school, which was going to be built on a tract purchased by the help of Sultan Abdülaziz Khan in Fatih, Istanbul, the chief architect of the court was charged. Furthermore, by the support of people from all strata of society, the school came into service with a ceremony in 1873. In those years, a regulation change was made and it was decided that “the Grand vizier of the Ottoman state would be assigned as the president of the society.” This regulation is still in effect today; therefore, the official president of the society is the prime minister of the Turkish Republic. Thus, even if it is an independent and private school, the state dignitaries have always demonstrated their close interest in it.

In this school named Darüşşafakatü’l-İslamiye, Muslim orphans from all over the empire were educated and all their expenses were covered. After having been put into service in 1873, the school remained the most qualified education institution of its time for many years. Numerous scholars who built a reputation in the madrasas, as well as the teachers of military schools gave honoris causa lessons in this school and had their works published by the society.

In the school, the students deemed successful after the fourth grade of the elementary school were given an eight-year education. The last two years of this octannial education were given in “âli” [exalted] classes and the graduates were accepted as college graduates. In the school, besides lessons of science of religion, Turkish, Arabic, Persian, French, history, geography, mathematics and logic, lessons such as telegraph studies electricity studies and physical sciences were taught in the last grades. Darüşşafaka produced its first graduates in 1881 and all the first graduates came into service at the Ministry of the Telegraph. In the later years, the most important positions at the Ministry of the Telegraph were invariably allocated to Darüşşafaka graduates. 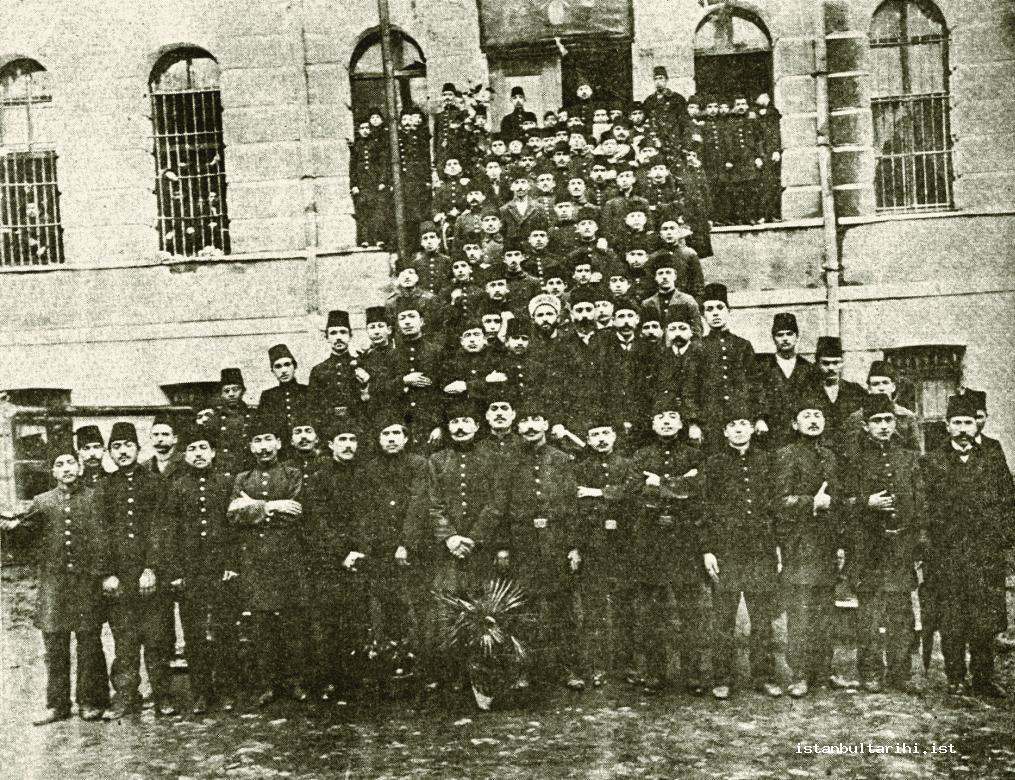 Darüşşafaka was taken from the authority of Cemiyet-i Tedrisiye-i İslamiye between the years 1903-1909 and was affiliated to the Ministry of Education. However, those years proved unfortunate for the institution since the quality of education dramatically reduced due to reasons such as donation cuts, maladministration and the exceeding of the student quota. After the proclamation of the second constitutionalist period, the society recovered the administration of Darüşşafaka. The interim period between 1903 and 1909 has been called the “Interregnum” by the members of the society.

Although Darüşşafakatü’l-İslamiye was turned into Darulmuallimîn [Teacher Training College] in 1914 and its period of education was prolonged to 10 years, this period did not last long and physical sciences weighted programme of “Sultanî” schools was decided to be implemented in 1919 lest the area of employment should become narrowed.

In the second constitutionalist period, the Unionist also showed a closer interest in the school. The Islamic elements were further brought into the forefront in the war period, so the school and the society began to meet with an intense interest from the state. The society opened branches in Bursa, Gelibolu and Izmir. In addition, the opening of a Darüşşafaka for female students was put on the agenda. 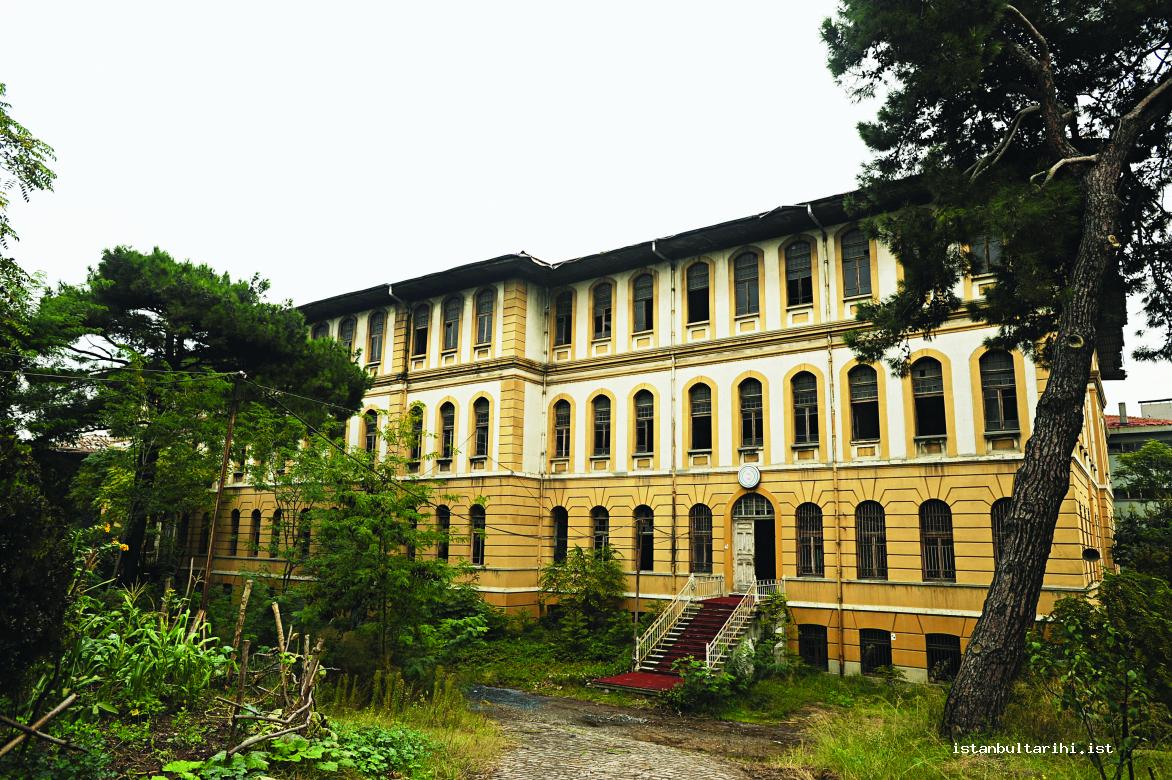 When the government discharged foreign officers during the First World War, Darüşşafaka graduates, who received an advanced training on physical sciences, telegraph and electricity, were assigned in their places. In this period, most senior bureaucrats were Darüşşafaka graduates. Since these orphan students, selected from Anatolia and remote Ottoman provinces lived far away from their families, they had a strong loyalty towards both their school and the state.

After the proclamation of the republic, the institution carried on its educational activities by the name Darüşşafaka High School. Although it rendered service as Muallim Mektebi [Teaching School] for a short while, in 1930 it was turned into a science and letters high school where English and French languages were taught as well. In the early years of the republic, while most of the old education institutions were closed or were renamed, the Darüşşafakatü’l-İslamiye began to be called by the name Darüşşafaka.

The Darüşşafaka High School has moved into the “college” system from 1955 onwards and began schooling in English. For this reason, the students accepted to the school after elementary education carried on their secondary and high school education after a one-year prep education in English.

When built in 1873, the Darüşşafaka building was designed as bipartite for female and male students. Although in later years the establishment of a separate Darüşşafaka for female students instead of accepting them to the same school was discussed and decided several times, it was not carried into effect. In the 1971-1972 academic year, talented female students were accepted into the school for the first time and the school moved into the system of coeducation. Furthermore, in 1995 its status was changed into Anatolian High School rendering foreign language education. With the change of regulation in the 2012 dated congress, the phrase “Turkish-Islamic children” in the article of objectives was changed by common consent as “citizens of the Turkish Republic.”

Affiliated to the Darüşşafaka Association, the school still provides secondary and high school level free boarding education by the name of “Private Darüşşafaka Education Institutions.” This deep-rooted education institution, which rendered service in its own building in Fatih from 1873 to 1994, moved to its new campus in Maslak, Istanbul in the same year. Having remained standing with only donations from early on, this age-old education institution today renders a quality service still through its own means. Besides, the society gives the annual Sait Faik Abasıyanık Short Story Award to talented short story writers.

The Darüşşafaka Society, with its affiliated establishments such as Darüşşafaka Sports Club as well as Darüşşafaka Education Institutions and with its various realities, is the most deep-rooted civil society organization, carrying on its activities as a public benefit society.

MODERN MUSLIM EDUCATION IN ISTANBUL DURING THE TANZIMAT ERA